Expressing a transcendent and experimental vision of jazz and promoting her latest album, Emma-Jean Thackray challenges the boundaries of this beloved music form with her distinctive performance. Her own interpretation of this musical genre offers the audience a unique encounter that will leave them with the enchanting memory of a new kind of twisted jazz.

Bandleader, multi-instrumentalist and producer, Emma-Jean Thackray was born and raised in Yorkshire but is today a resident of Catford, south-east London. Her 2020 EPs Um Yang 음 양 and Rain Dance marked Thackray out as the frontrunner of a spiritually-minded, dancefloor-angled take on jazz that is slightly removed from the broader UK music scene.

“In the ever-bright constellation of UK jazz players, Emma-Jean Thackray is a supernova. She’s not only a trumpeter but a singer, bandleader, beat-maker, radio host, DJ and now a label head, with her own imprint via Warp Records. That she’s called it Movementt is telling Thackray’s compositions are of a spiritual and 70s jazz-fusion persuasion, and yet they are often aimed at the dancefloor – nourishing late-night heaters that bring the restless freneticism of broken beat and house into the fray.” 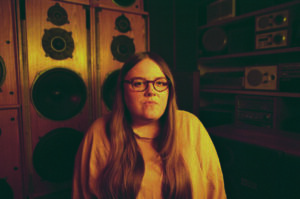 Her debut album, Yellow, feels exactly like the sort of thing we’ve been longing for over the last months: a transcendent, human, shared experience. It draws glowing lines between ‘70s jazz fusion and P-funk, the cosmic invocations of Sun Ra and Alice Coltrane and the gorgeous orchestration of the Beach Boys’ Pet Sounds.

“I wanted the whole thing to sound like a psychedelic trip – you put on the first track, it takes you through this intense thing for almost an hour, and then you emerge on the other side transformed.”

Thackray has an unconventional approach, but one that gives Yellow a distinct point of view, allowing her to speak with honesty and truth. And the different songs presented in this new album begin a real pure conversation, bringing about a truthful and emotional revelation of ideas.

“Debut album Yellow is a sunburst of stoner jazz (“smells like biscuits and weed”, sings Thackray on Golden Green), Roy Ayers soul, funk, serene strings, and even chanting and windchimes, as she encourages unity (Our People), harmony (May There Be Peace) and hope (Sun).” 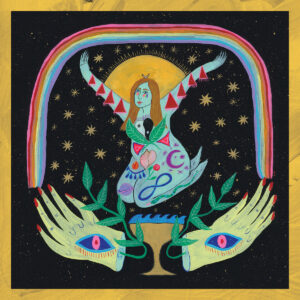 Her song, “Spectre”, channels the language of the haunting to confront the harsh reality of depression. “Say Something” is a plea to empty vessels, a plea for people to talk with meaning, not just volume. But overwhelmingly and most importantly, Yellow speaks the language of positivity. “Our People” and “Venus” are in tune with some higher power, feats of communion that long to be experienced out on a dancefloor. On her 2020 track “Movementt”, Thackray chants her musical mantra “Move the body, move the mind, move the soul”. It’s a principle by which she creates all her work – and Yellow is her boldest and most brilliant manifestation to date.

Thackray is a pioneer in her own right, showing us that deconstructing and recreating a new version of such a traditional art form can be a transformative and moving discovery for her audience. Her groundbreaking approach combines deep meaning and rhythmic soul to advocate for unity and interconnectedness through music. Thackray demonstrates the true power of women’s contribution to the music scene, even in a traditionally male-dominated genre. She gives a pure understanding of the importance of coming together in the forging of something new. The hypnotic, alternative energy of her music makes this event a must for anyone who wants to discover what the future holds for the world of jazz.

Un-mothering, or when family archives invoke the ghosts of the past

An addition to the minimënster program

A Lebanese kind of Groove